January 3, 2019:
A Tale of Two Mailboxes
by Marilyn Campbell

Once upon a time there was a happy abode, known as Chateau de Joie, that sat on a peaceful country property where all manner of woodland creatures frolicked. The elderly caretaker of the home was known to all as Mama Marilyn and she enjoyed her various tasks…except for one—fetching the communiques from Ye Olde Box where they were delivered daily by ye olde letter carrier. That task required endurance and courage...for the rugged journey was fraught with peril.


First there was the long walk from the abode to the property's border, along which ferocious beasts waited to pounce on anyone foolish enough to enter their domain.


Even when she made it to the end of that trek, she had to dodge speeding carriages to cross a highway that was coated with invisible ice in the winter

Mama Marilyn had heard tales of those who had not survived the journey but she was not one to shirk her duty because of a bit of danger.


Unfortunately as the seasons changed and she grew slower with age, she became determined to ease her travails.

It took a very, very long time, years in fact, but having a strong will and the time to repeatedly plead for help from local authorities, she was finally granted an audience with the Royal Postmaster.


FINALLY, a week before Christmas she received official permission to have The Box relocated to a mere ten feet from the Chateau's front door.

As a Christmas gift to their beloved caretaker, the local lords and ladies prepared the ground and installed a new post for a new box to be set upon. 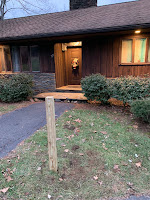 Huzzah! A post set in stone to last for many ages to come. And then The Grandest Box in the realm was delivered...
And lastly, the best part of every tale of woes and wishes...The Happy Ending!

And from above a choir of angels could be heard singing, "Hallelujah!" 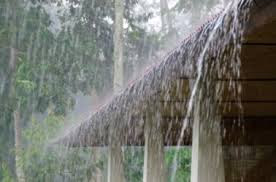 Looking back on the last 12 months, the Campbell gals concluded that, thankfully, it was not as personally challenging as the previous year had been, but it also couldn't be filed with the best years they've enjoyed together.

Busy schedules and six months of continuous heavy rain prevented them from completing a single item on the never-ending list of renovation items at Chateau de Joie.


Joie's winter/spring and fall terms were totally filled with her teaching 2 different freshman classes at UMass (both of which she created) and she spent the entire summer traveling to several major libraries to do important research for her doctoral dissertation. 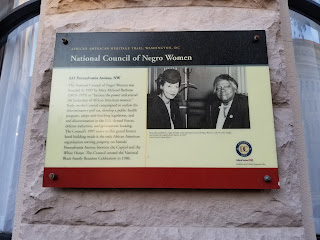 For those unfamiliar with the PhD track, writing and defending her dissertation is the final step and she expects to complete it by 2020.

Marilyn also took "some time away" in February for a much-needed visit to Florida. During the year, she also completed Some Time Away, the third book in her time-travel mystery series and re-released her three-novella Christmas anthology, Christmas Presents.


One of the year's happiest notes was that two more brilliant and delightful grad students joined the Chateau's family in the downstairs apartment!

But that wasn't quite enough for Joie, who was driven by the blind need to demolish a wall, any wall, before the year was done. The gals agreed on crashing the wall of cabinets that had a pass-through but physically and visually separated the dining room from the kitchen. The ultimate plan is to create a completely open flow throughout the main rooms.


The cabinets were built to hold a LOT of bottles and glasses but solid construction barely slows Joie down any more. The heavy wood doors came off fairly easily but a crowbar, nail pull, sledge hammer, and the tip of one of Joie's fingers were needed to remove the shelves.

The full story from crash to conclusion will be detailed in a later post.

Unfortunately, the year ended with three, much bigger problems that couldn't immediately, easily, or inexpensively be taken care of--

1) Marilyn's car transmission gave out. It will be more expensive than the car's value, but it can't be ignored because Joie's vintage mustang can't travel on icy roads.

2) With the non-stop rain, it wasn't a shock when water started leaking through the living room ceiling. It turned out to be a very long crack in one section of the roof, as though something heavy fell on it - we're guessing a meteor or piece of space junk that was secretly removed before we could see it, which would explain the black helicopters that regularly circle our property. But regardless of the cause, the roof can't be replaced until spring/summer no matter what the cost. 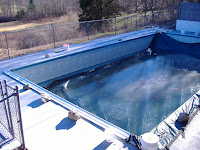 3) Then the swimming pool, which Joie, Marilyn and several wonderful friends, had successfully closed and covered for the winter, suddenly lost almost all of its 40,000 gallons of chemical-infused water. It was obvious the water drained down the hill into the labyrinth and flowed on to the drainage pond, which suggests a major leak of some sort, but exactly what happened is another mystery that can't be solved until spring/summer.


That's a lot of tough stuff to deal with all at the same time, but one of Marilyn's biggest pet peeves connected to Chateau de Joie was very happily resolved simultaneously. The victory is such a big deal to her that it quite literally needs its own post. Check out the next blog post for "A Tale of Two Mailboxes" by Marilyn Campbell.
Posted by Marilyn 'n' Joie at 5:14 PM No comments: