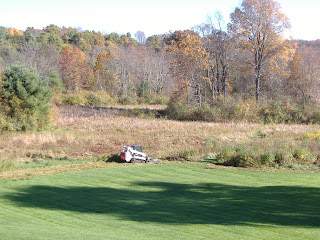 October 27, 2017:  Fall, 2017, Part 2 -  Just when most of the leaves have fallen, another annual event takes place at Chateau de Joie that is nearly as entertaining as Mother Nature's color splashing. We're referring to the clearing of the back acreage. The pic at right gives an idea of how high the vegetation grows in one year.

Big thanks to Cody, from New England Greenscape, for putting in a long day behind the wheel of the bobcat and the photos show what a great job he did for the Campbell gals!

First, a couple more before... 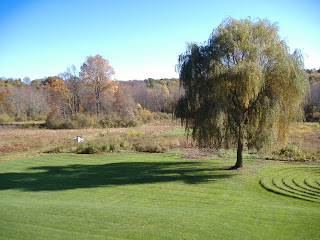 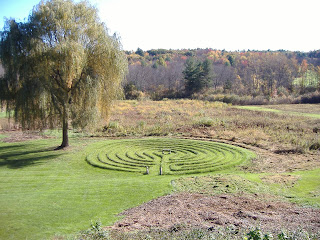 And now the after... 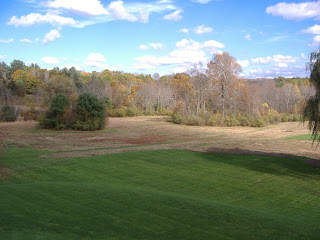 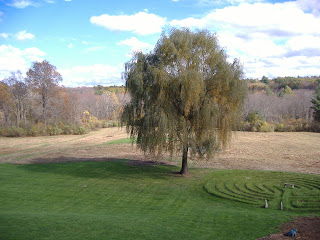 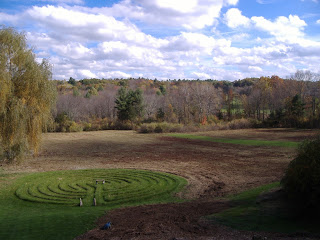 With all the larger animals' hiding places mowed down, Marilyn and Sweetie took a looooong walk around the property. The photo below was taken from the eastern border, far, far away from the house. 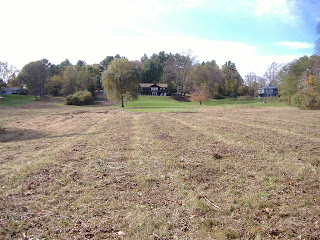 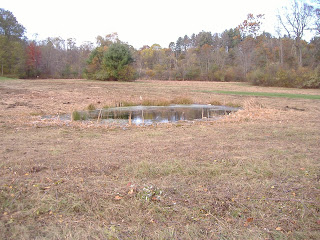 A closer inspection of the "pond" was now possible and, although the UMass geese drop in for a dip now and then,  it's obvious some dredging will have to take place before it can be considered an asset to the property.


Joie's response: Meanwhile, we should build a bridge over the troubled water.

And on that musical note, we promise more interior renovation pics next week.
Posted by Marilyn 'n' Joie at 1:25 PM No comments: