August 29, 2016: In honor of the start of a new academic year, this is our report on "What We Did Last Summer." It's a little long but we put something very cool at the end.

At Chateau de Joie, the summer of 2016 shall be known as the one with a severe drought and heat so hellish, we barely managed to do the absolute minimum work outdoors. And that's coming from gals who spent the last 3+ decades living in tropical South Florida and desert-like South Texas! We have been told these conditions have occurred before...around 1977, so here's hoping it doesn't happen again for another 40 years or so.

BUT, there was always plenty of wine and delicious food. 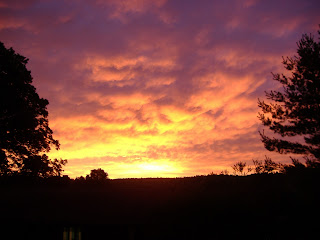 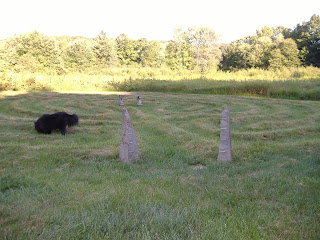 On the other hand, there have been some incredible sunrises!

The only noticeable outside accomplishments were-- (1) the relocation of two (almost) quarter-ton Goshen stones from a random site on one side of the back yard to the entrance of the labyrinth on the other and (2) the removal of the last of the 4x4 post stumps from the old playground equipment. 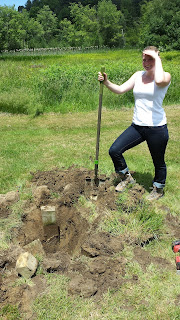 Huge thanks to housemate Sarah for adding her strength & perseverance to ours!


At any rate, the last four months kept us busy and flew by without our doing much that was relevant to a rural renovation blog. So, this is really just a post to bring everyone up to date.

MAY – Joie spent every spare minute of the previous school year preparing for her comprehensive exams and (sound the trumpets please) she successfully passed! She is now considered "ABD" (all but dissertation standing between her and the PhD), as are former housemate Sarah (who moved to Boston after her comps) and colleague/renovation dynamo Adeline. 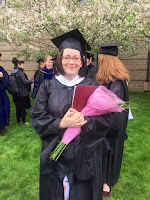 Housemate Chelsea graduated with a Masters degree and moved to New York to start her new job in publishing. New, Ab-Fab graduate students, Katherine, Chloe and Chuck moved into the downstairs apartment and are enjoying the pool enough to make us really happy we got that area renovated last summer.
Unfortunately, we also had a crowd of honeybees trying to move in, which is a very bad thing because Joie is lethally allergic. Marilyn got stung trying to protect her. But because they are endangered, a beekeeper had to be called in. Not one of the summer fun times. 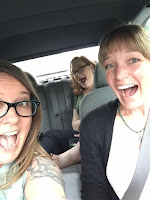 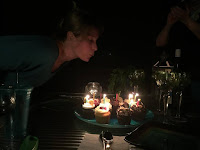 JUNE, JULY & AUGUST – We thoroughly enjoyed the company of family guests, friend guests, overseas guests, former housemate guests, etcetera, etcetera. We were having such a good time, we didn't always get pictures of all the visitors!
First came Joie's super-cool dad, John, and super-talented brother, Jake, from South Florida via Rhinebeck, NY, then came super-fun Lisa and Emily, friends of Joie's from Texas State. Lisa, Joie & Marilyn all celebrated their birthdays in July. And yes, there was a lot of wine involved. 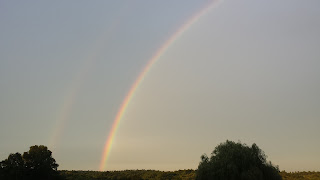 Our next guest was the very lovely Neroli, a former UMass graduate student who came all the way from South Africa.Her visit prompted a visit from good friend Matt, who got his Master's last spring from UMass but is currently working on his PhD at Northwestern. We regret to say, despite the large gathering in their honor, we don't have a single picture of it. However, right after Neroli took a walk in the labyrinth, we were treated to a brilliant double rainbow. 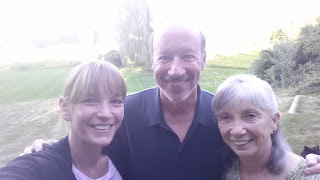 After not seeing each other for a decade, Marilyn's spectacular "kid" brother David came for a long overdue visit. Joie was just a child when Uncle David last saw her. Both being world travelers, they never had to search for something to talk about!

In between day trips and dinner parties and movie nights, Joie read, researched, prepared for her fall teaching assignment, worked on her prospectus (due in September) and read and researched some more (including time at Harvard). Marilyn is pleased to say she also managed to make significant progress on revising and updating her previously-published time-travel romances to get them ready for new e-book releases.

We can't make any promises but we're hoping to get back to doing some reno work, taking more photos and sharing as we go…


But for now, here's the "something cool" mentioned at the beginning of this post. The summer began with Joie joining her dad and brother at Buttonwood in Rhinebeck, where they got to do a little riding, make a lot of equine friends, and witness the birth of a brand new colt. 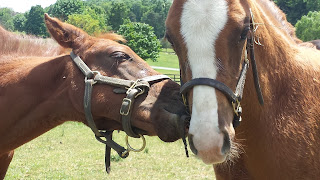 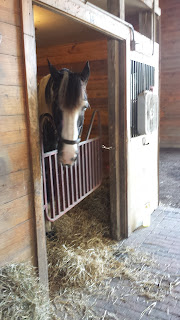 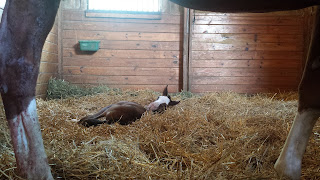 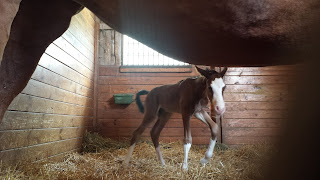