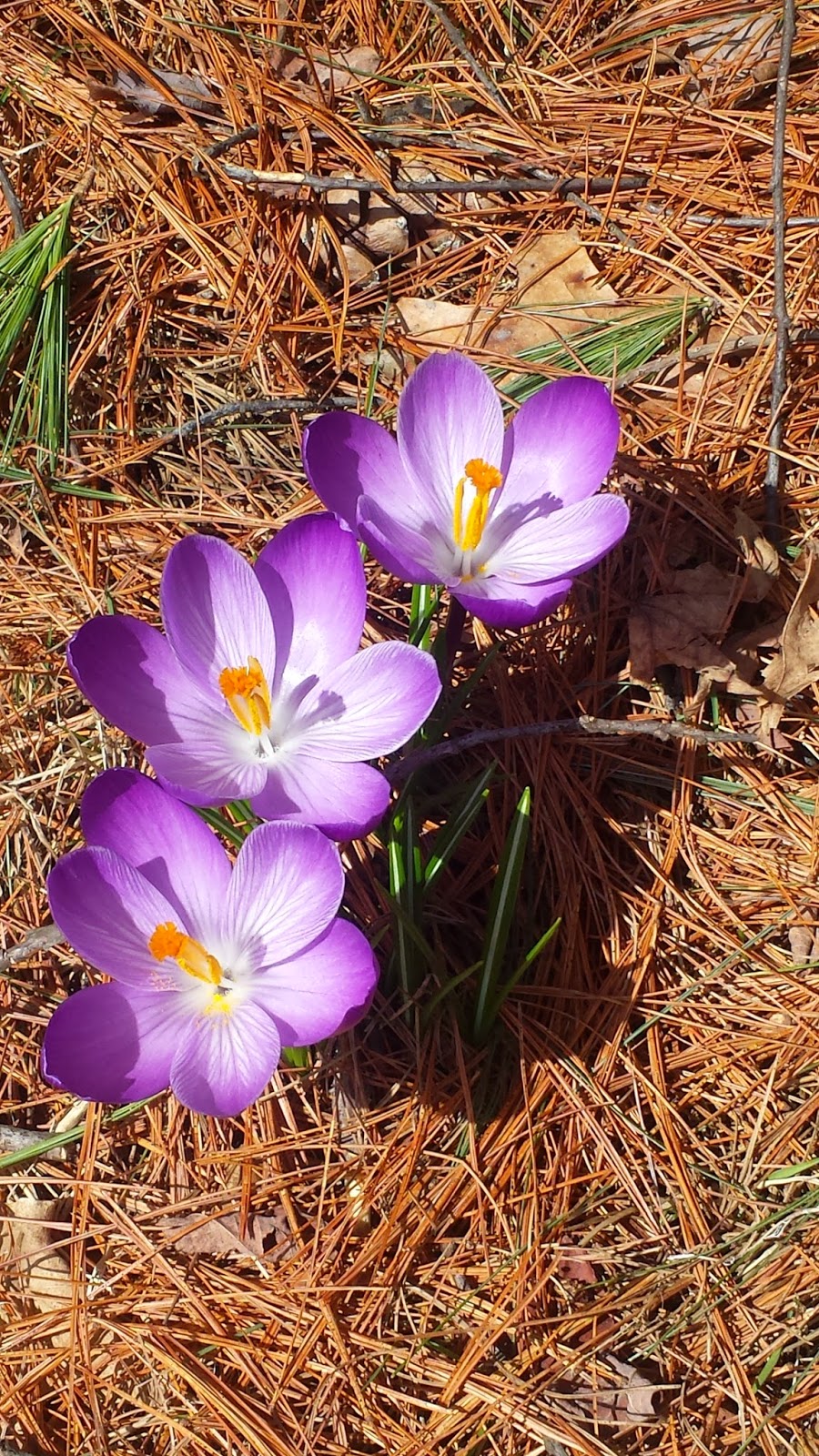 Yeah, yeah, yeah, we were skeptical. The silly Florida girls thought they would never be able to wear sandals again, wah, wah, wah.

Then all of a sudden the sun melted even the most resistant ice and we had a few OMG moments when we discovered flowers pushing their way up through the deep piles of dead leaves and pine needles, RANDOMLY, all over the property. Last week it was the crocuses and this week yellow and white daffodils have suddenly appeared and there is something making its way to the sunlight with broad leaves that could belong to lilies of some sort. We'll keep y'all posted but here are the front runners. 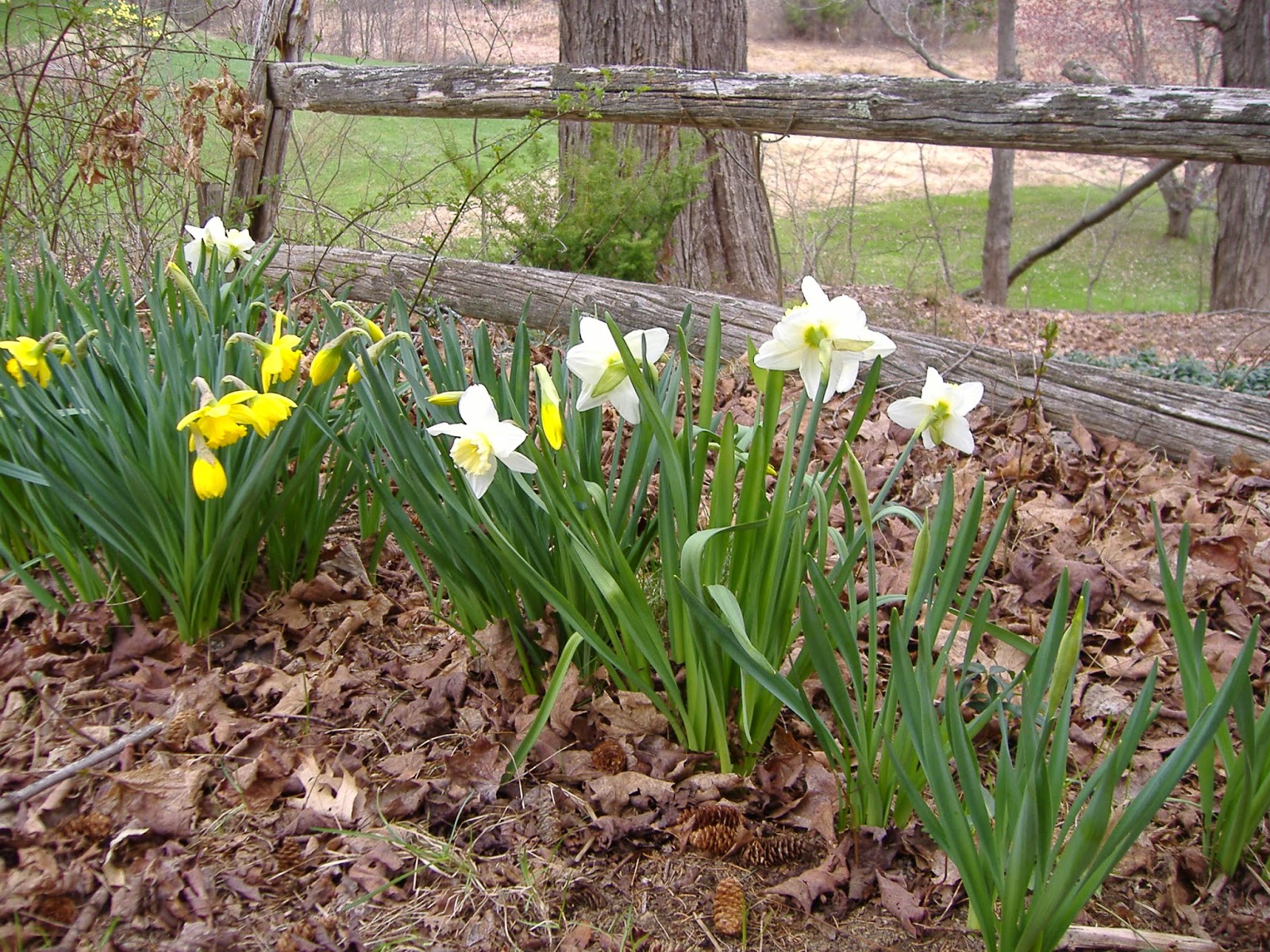 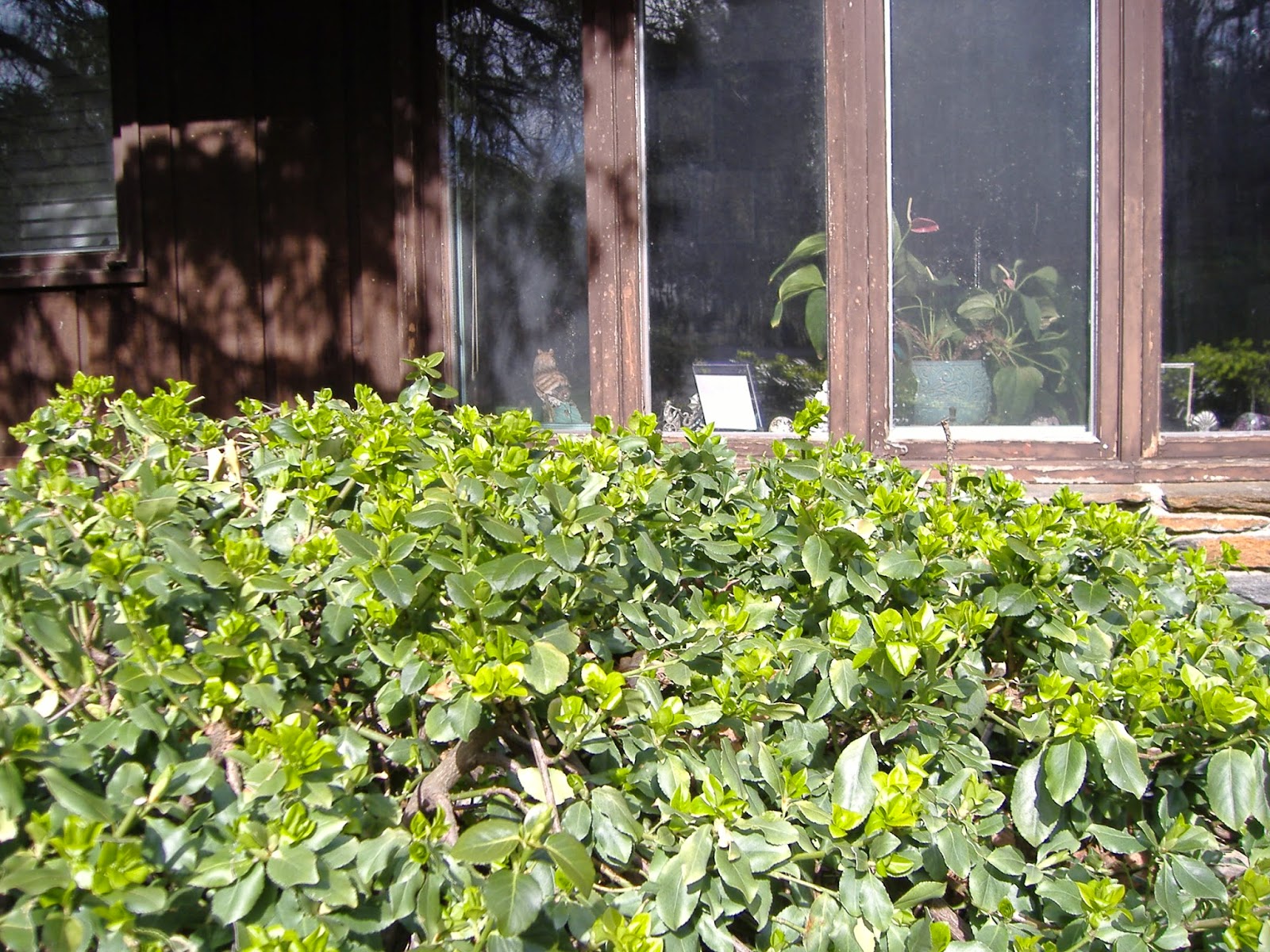 Even the non-flowering trees and bushes are showing off. The new labyrinth pic shows the  greening of the grassy areas and the very light green of the weeping willow coming to life - soooo pretty, but it will take days to clean up all the fallen branches before we can walk on it without tripping.
And the hedges outside Joie's office have come back to life as though they hadn't been buried under 10 feet of snow for several months. 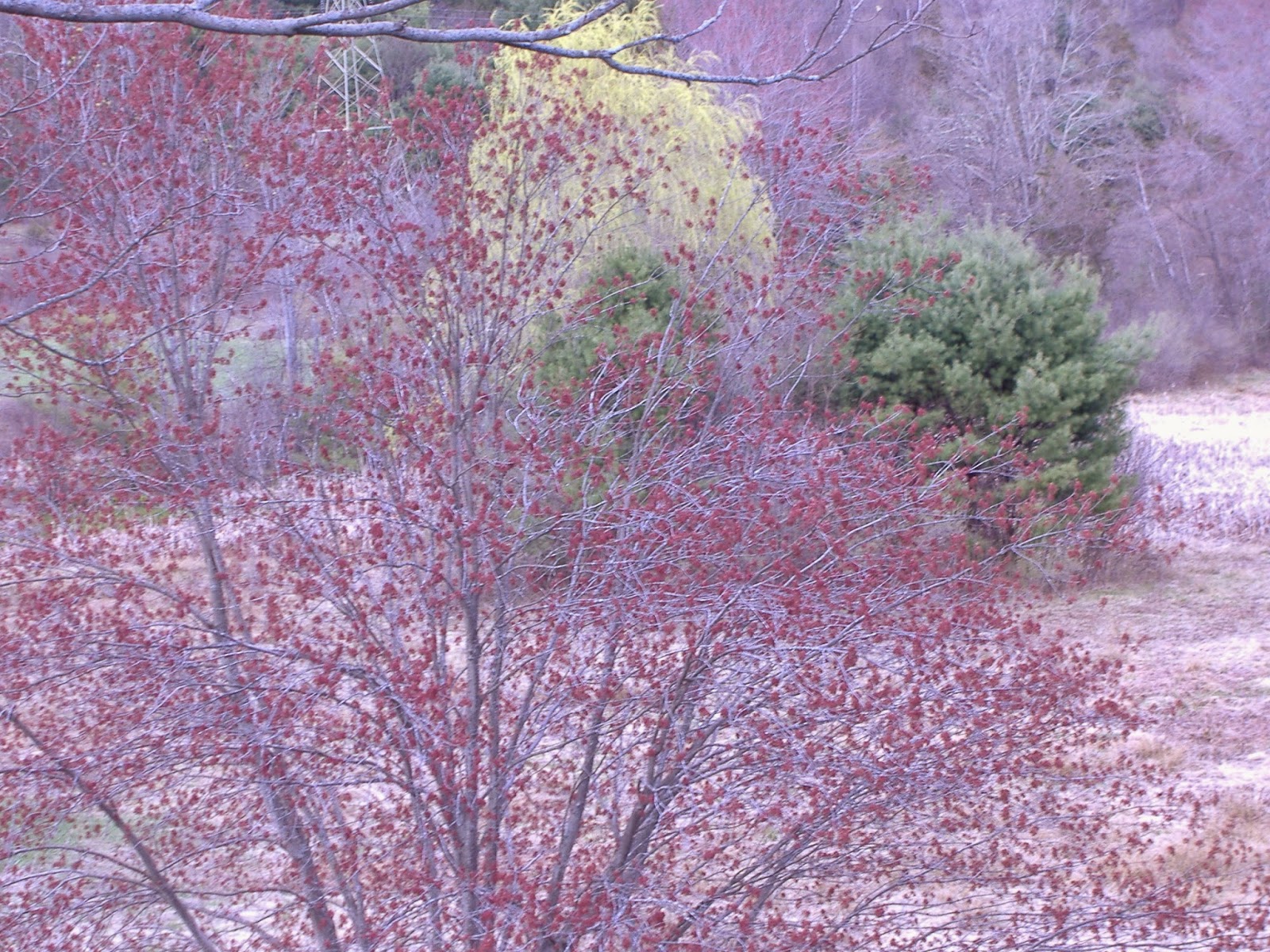 The red maples are covered in tiny red balls of baby leaves...we had no idea we'd have bursts of red in two seasons!  The purple tint is just an optical illusion the sunset creates for a short time in the evening...best viewed from our upstairs porch swing while holding a glass of wine.


Regarding the renovation work, the winter was very hard on both ye olde house and the property. We're having to make lists within our to-do lists and separate lists for the pros.
Of the items we could do ourselves, we started with an uncomplicated, fairly quick project--cleaning up the parking area. Mind you, Joie is in the final weeks of a really hectic school term so it was up to Marilyn and super-hero Ben to get the proverbial ball rolling.
First, the before ... 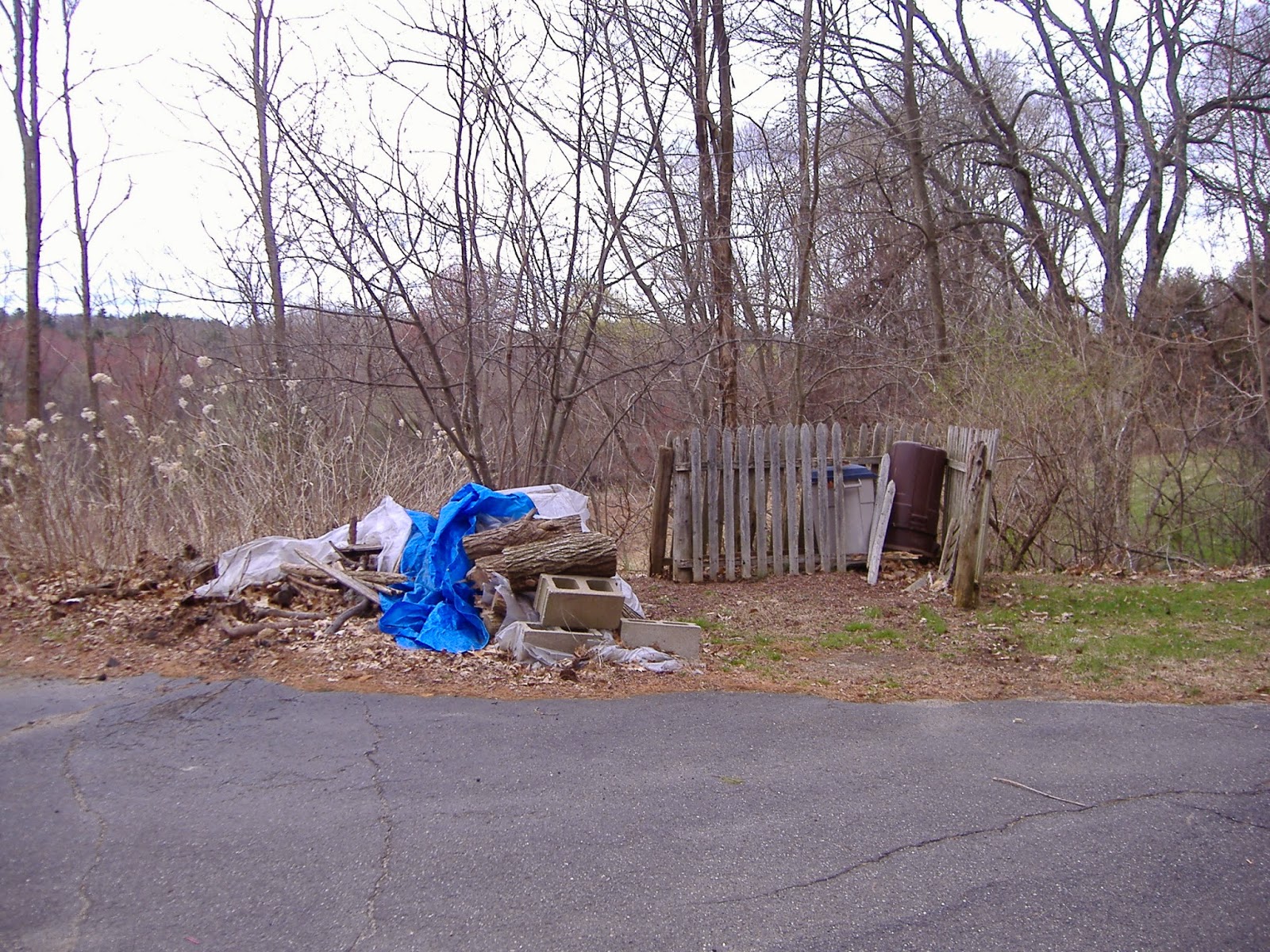 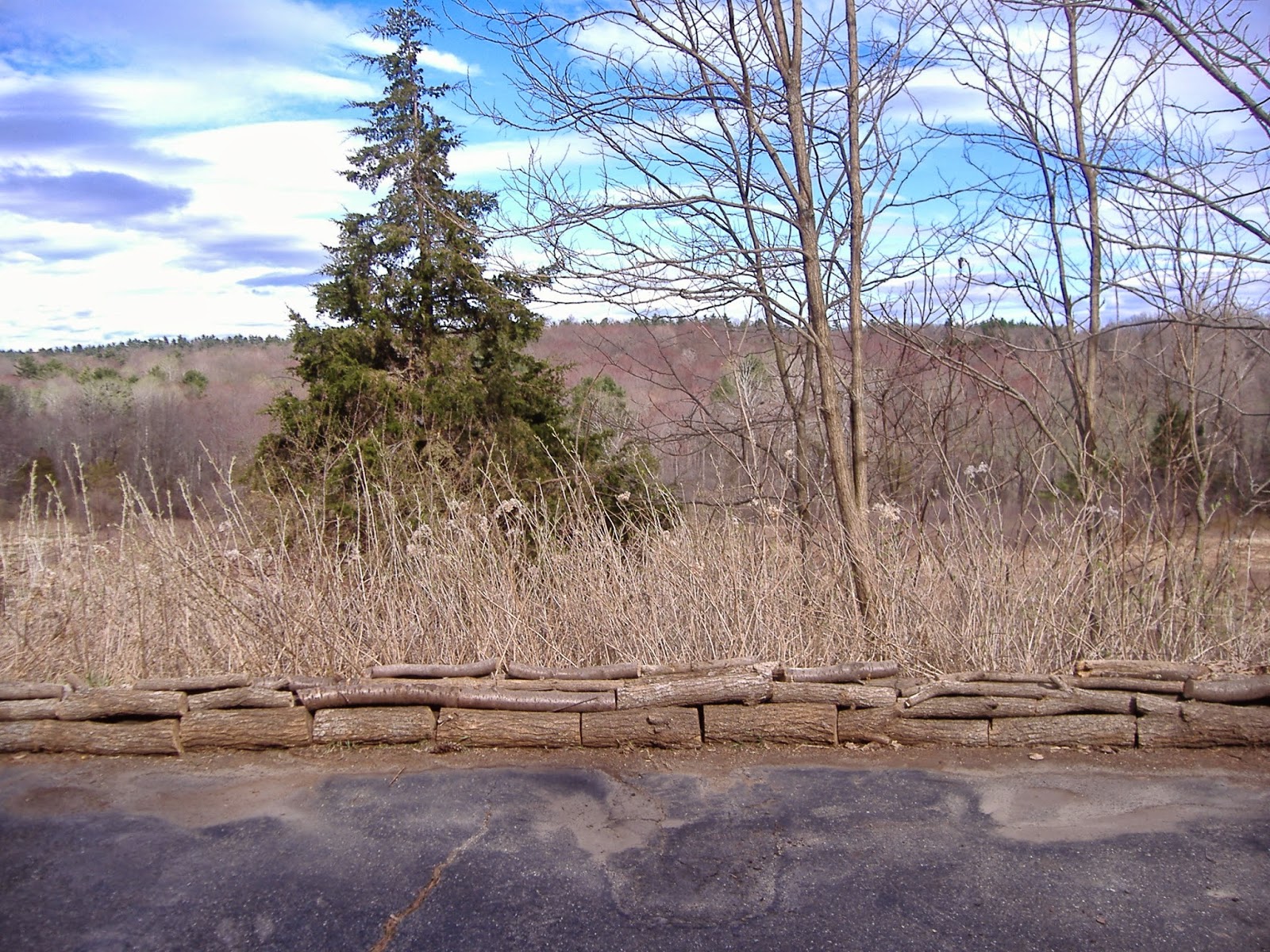 And continuing the theme of growing things,we proudly present the beginning of our new collection of dumpster fodder... 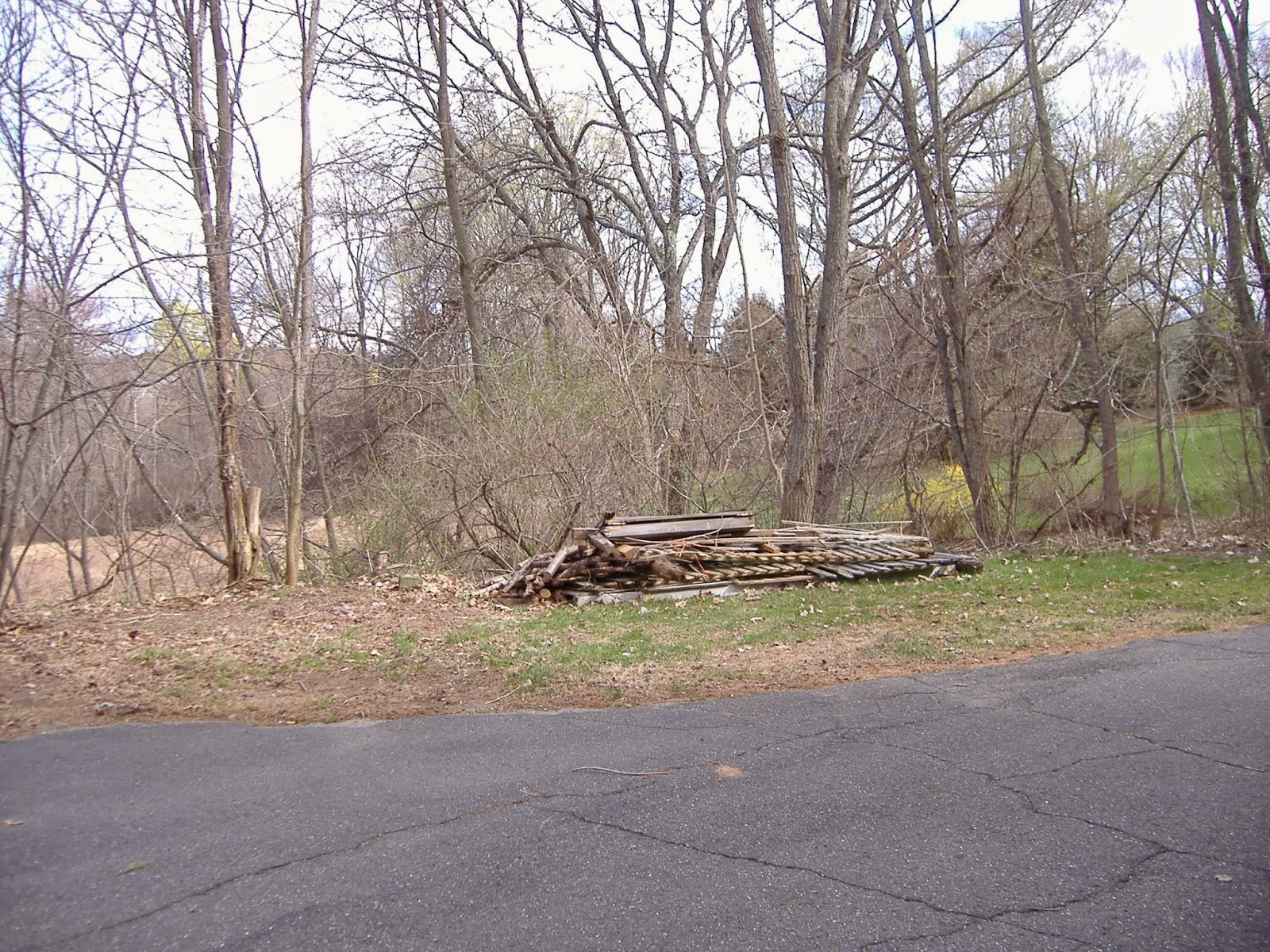