February 19: The snow just keeps piling up and the temperatures keep dropping below zero, which means House has garnered quite a few points recently in the ongoing House vs Humans Battle for Supremacy.

However, within that struggle, the battle against the winter blues has stirred a few creative ideas. Here's how Marilyn filled in the kitchen chalkboards this week. Any guesses on who's the spoon and who's the fork? Earn extra credit if you can name the movie from which the spoon's phrase was borrowed. 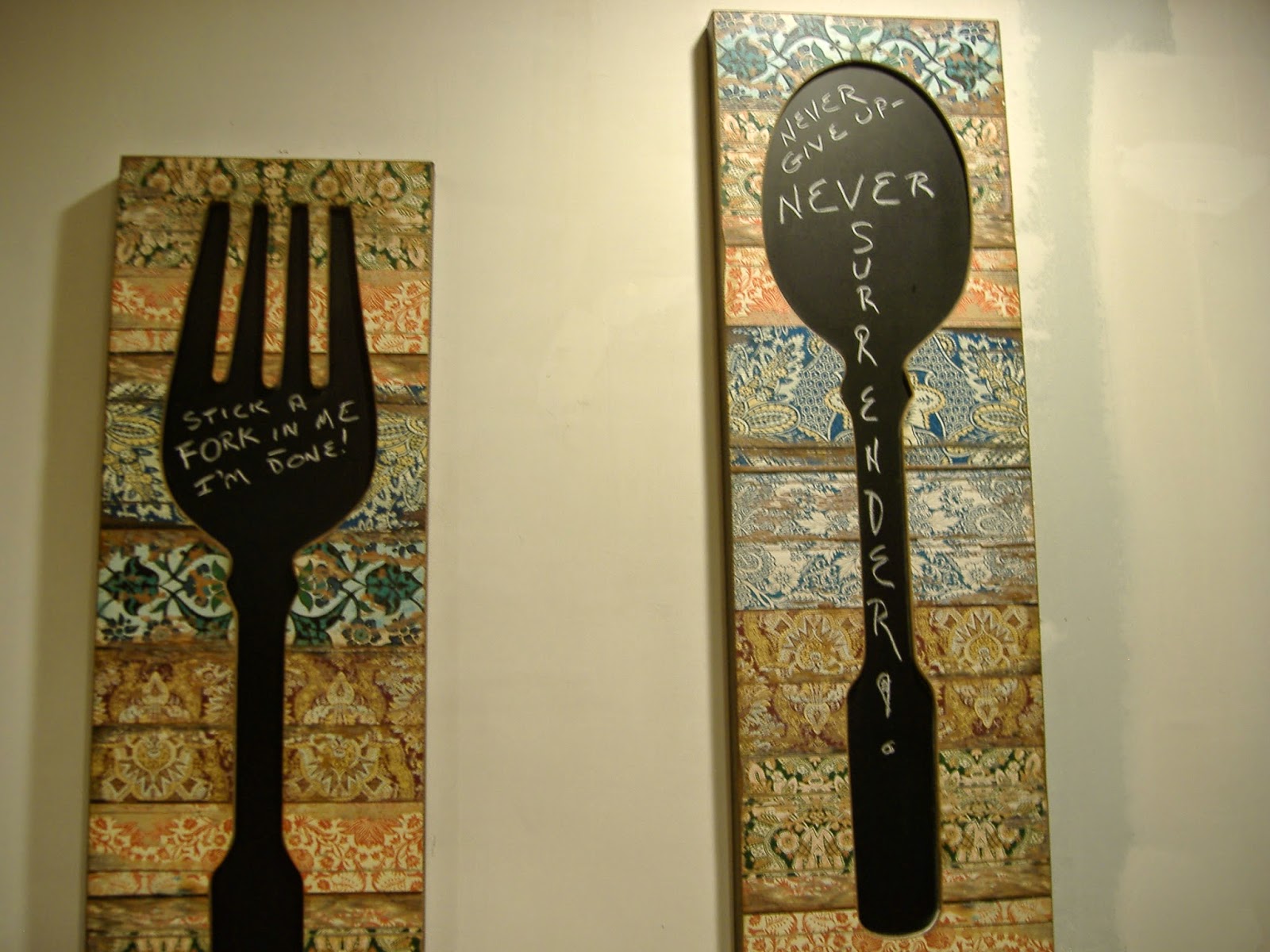 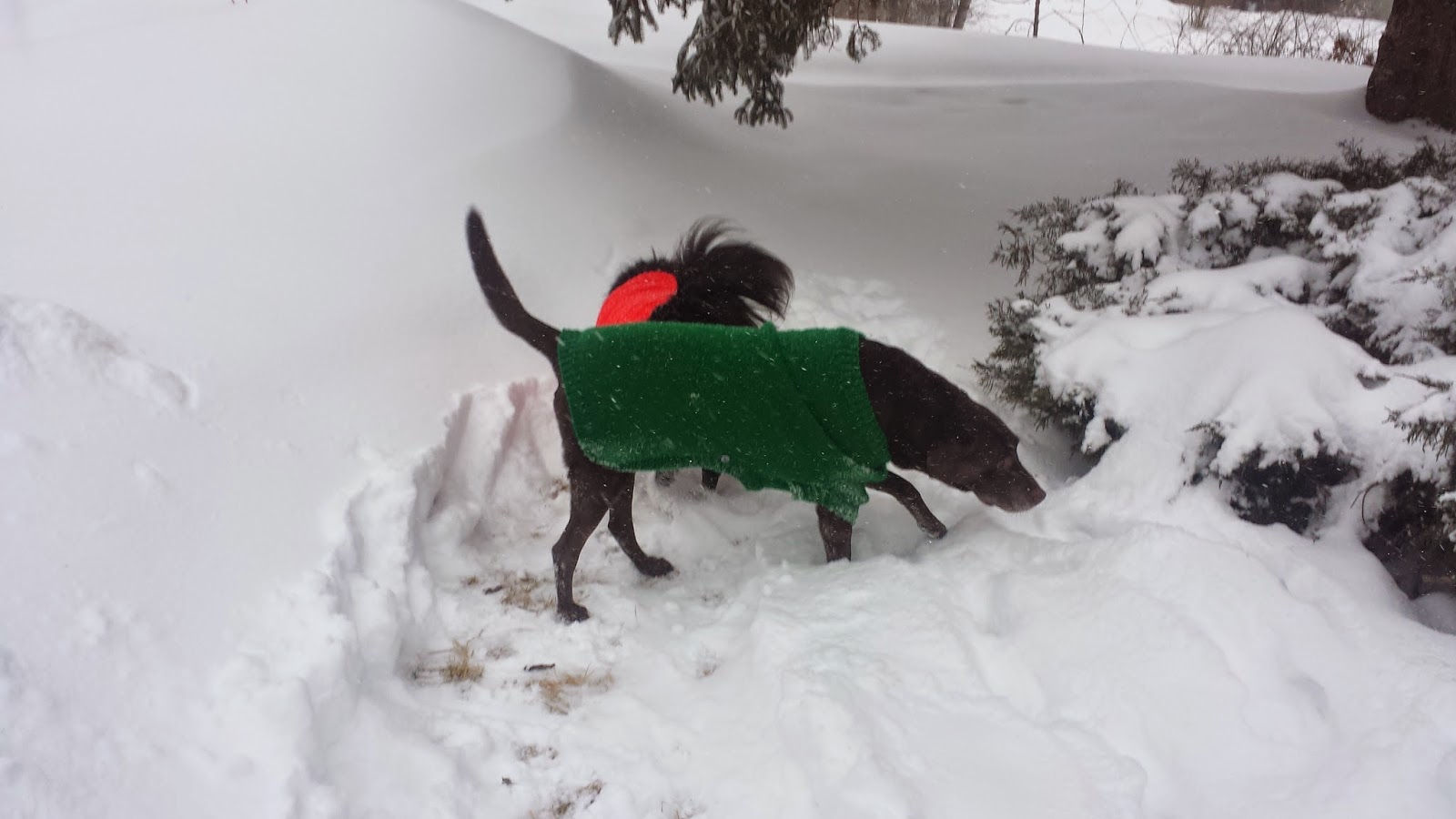 Yes, we are really, really busy--Joie with school-related tasks, Marilyn with her latest book--but those aren't the only reasons we haven't been regularly blogging. We thought we were fairly prepared for Old Man Winter, but almost daily we learn something new that must be done. Basically, we underestimated the quantity of time-consuming work, such as the bundling up and down that's required to leave the house for the simplest thing, like fetching the mail or taking the dogs out, to say nothing for the shoveling that is never completed because, OF COURSE, we're getting records amount of snowfall here. Knowing that everyone has undoubtedly had their fill of 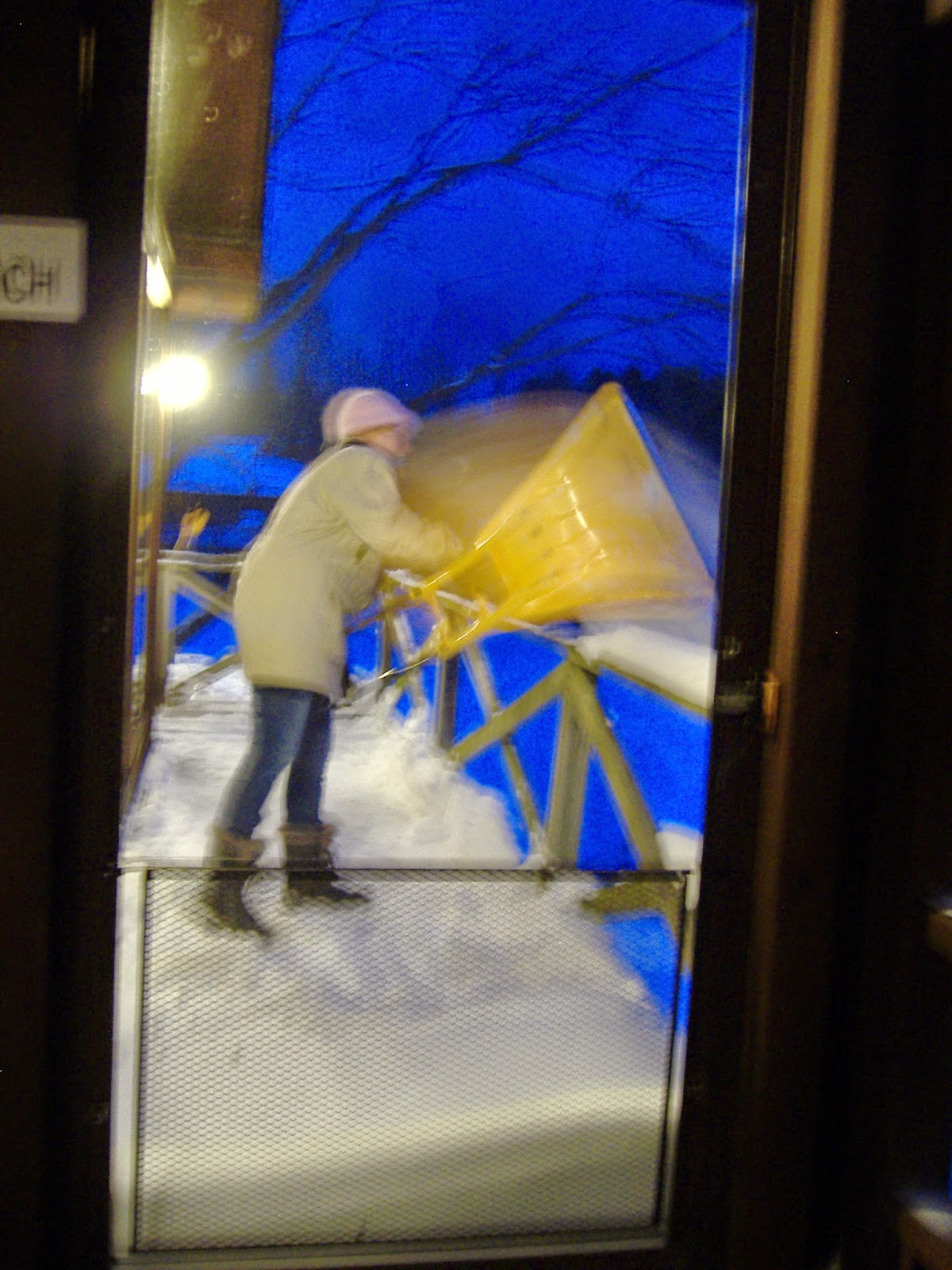 other people's pictures of huge snowdrifts (like the one in the above pic taken right outside Joie's office window), we're only going to post two. 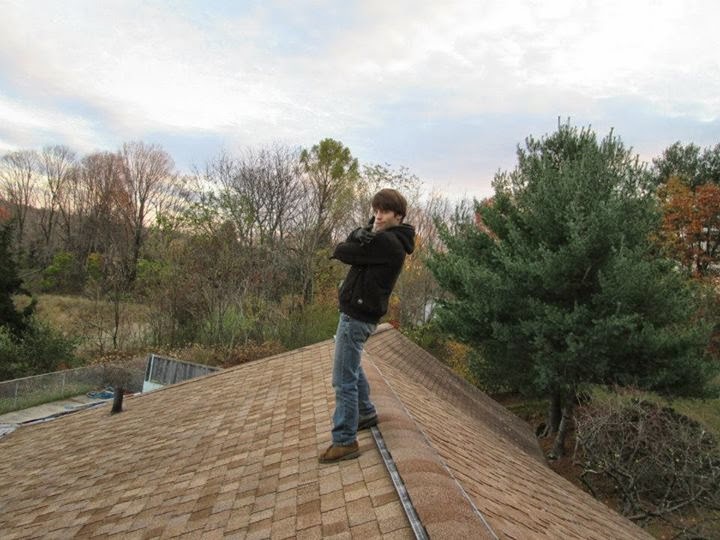 Here's Joie doing her best to remove the 3 feet of snow from the old wooden balcony, while super-hero tenant Ben was doing the same to the roof...under much more difficult and challenging conditions, including darkness. Since it was impossible to get a photo of him accomplishing such a feat, here he is on the roof before there was a ton of scary snow and ice.

And so, by Valentine's (Galentine's for us) Day, it was definitely time for some fun and many of Joie's cohort at UMass showed up ready to play!

The 2015 Winter Festivus began with  a dangerous foot race through the snow-covered wilderness, encountering obstacles from one signpost to another. Competition was fierce; some died, some were resurrected, some made snow angels before moving on to the next sign post, but everyone pushed on, knowing there was a fine selection of hot toddies and comfort food waiting for them inside.
The winning team, who not only got to the final post first but had not lost a single member was Natalie, Rose and Colby. Appropriately themed prizes were awarded to each.


The winning epitaph was written by Erica, for team member Kayla's unfortunate demise due to cholera - "R.I.P. Kayla. She thought there was love in the time of cholera. No." 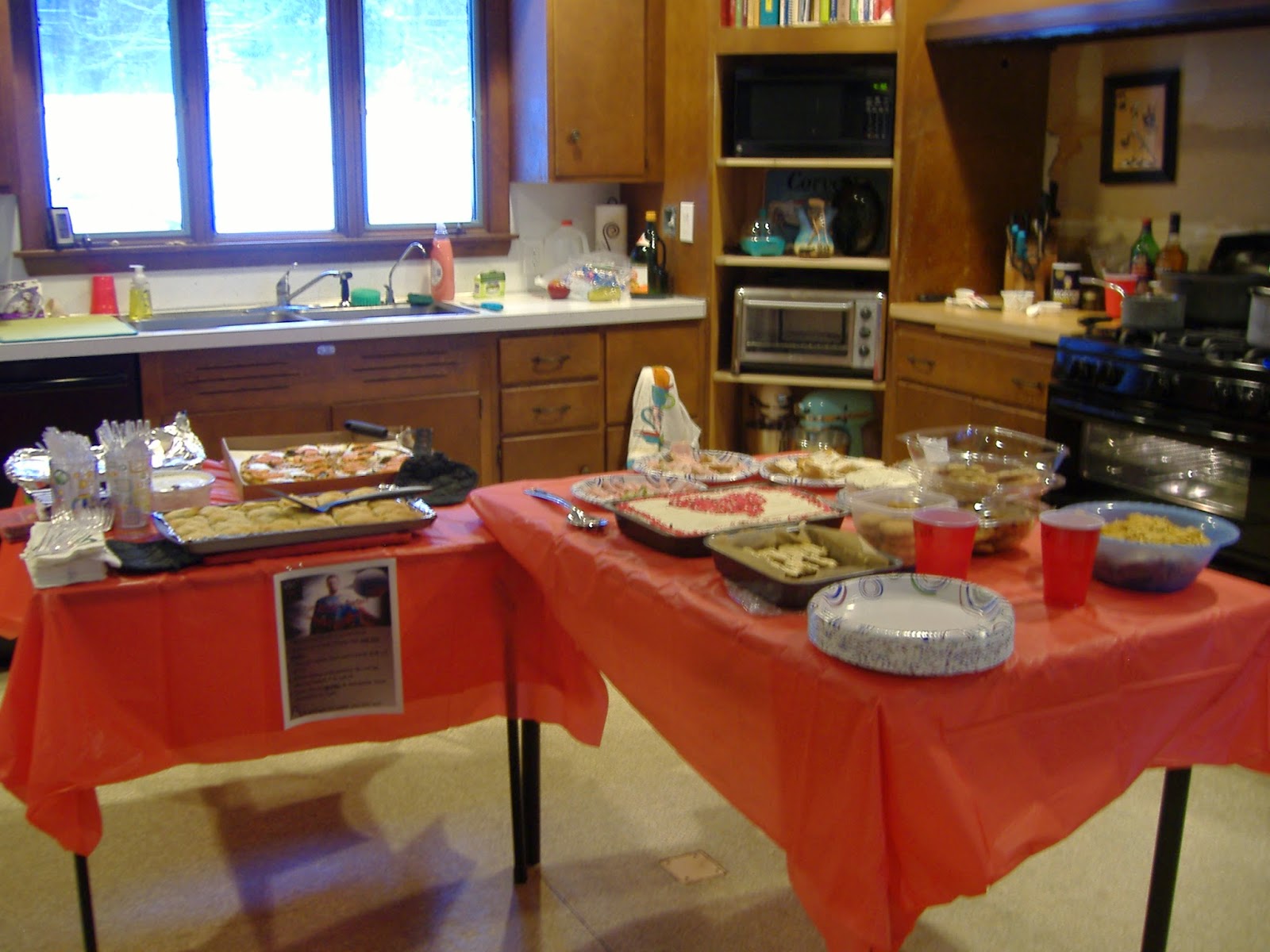 Conclusion -- we highly recommend a play day for everyone else who has had enough of Winter!
Posted by Marilyn 'n' Joie at 8:22 PM No comments: